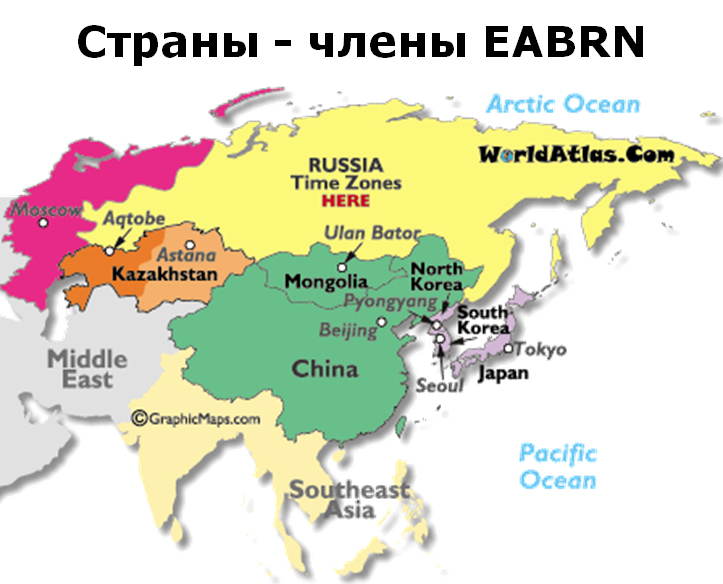 The General Conference of UNESCO, at its twenty seventh session held at UNESCO Headquarters, Paris, during October - November 1993, adopted draft resolution 140, proposed by the Republic of Korea and supported by several Member States such as Australia, China and Indonesia, and called upon UNESCO Member States of Asia Pacific to strengthen co-operation in the implementation of the Action Plan for Biosphere Reserves.

In response to the invitation of the General Conference, UNESCO Member States of the East Asian Region, namely China, Democratic People’s Republic (DPR) of Korea, Japan, Mongolia and the Republic of Korea, in co-operation with the UNESCO Offices in Jakarta (Indonesia) and Beijing (China) and the International Secretariat of the Man and the Biosphere (MAB) Programme in UNESCO, Paris, launched, in 1994, a Co-operative Scientific Study of East Asian Biosphere Reserves.

As part of this Co-operative Scientific Study two technical meetings of representatives from participating East Asian Countries were held in 1994. At the Second Meeting held in Changbaishan Biosphere Reserve, China, representatives of China, DPR of Korea, Japan, Mongolia and the Republic of Korea unanimously agreed to formalize the establishment of an East Asian Network for Biosphere Reserves and requested the UNESCO Office, Jakarta, Indonesia, to draft a set of statutes for the network and circulate it among participating East Asian countries for comments and suggestions.

The draft statutes were revised to reflect such comments and suggestions of East Asian Member States and was the subject of further discussions at the Third Meeting of the Co-operative Scientific Study of East Asian Biosphere Reserves in Seoul, Republic of Korea, on 29 May 1995. The draft statutes were further revised to include comments of the Third Meeting, written suggestions made thereafter until July 1995, as well as the recommendations of the Seville Strategy adopted in March 1995. Membership of the Network was expanded to include representatives of the Russian Federation in 1998 and Kazakhstan in 2011. [Paragraph revised on 9 October 2015]

At the 14th meeting of the EABRN held in the Shiga Highland Biosphere Reserve during 6-9 October 2015, the statues were once again revised and updated to reflect current membership and scope of the network. [Paragraph inserted on 9 October 2015]

As agreed by the representatives of the participating countries the statutes of the East Asian Biosphere Reserve Network shall be as follows:

II. Name of the Network:

The name of the network shall be “East Asian Biosphere Reserve Network” which shall be abbreviated, and hereinafter referred to as EABRN.

The objectives of EABRN are:

i) to provide a mechanism for East Asian countries to exchange information on the three main functions of individual biosphere reserves: i.e. conservation of ecosystems and genetic resources contained therein, socioeconomic development of local economics and people and logistic support to research, training, environmental education and monitoring;

ii) to compare experience in the management of Biosphere Reserves in East Asia, particularly in relation to zoning and harmonizing a reserve’s goal of conserving biodiversity with its function of supporting socioeconomic development of local economics and people;

iii) to document and review prevailing institutional and administrative arrangements for the management of Biosphere Reserves of East Asia and make recommendations for improvements;

iv) to identify, design and implement short-term multi- and inter-disciplinary studies that explore and demonstrate links between conservation of biodiversity and sustainable socioeconomic development of local people in and around Biosphere Reserves of East Asia;

v) to provide opportunities for staff of Biosphere Reserves in East Asia to improve their knowledge and skills in implementing Strategies and Action Plans adopted by the MAB International Coordinating Council;

vi) to promote and strengthen co-operation between EABRN and other UNESCO Member States in the Asia Pacific Region in the implementation of MAB Strategies and Action Plans, and

vii) to promote and facilitate information exchange and inter-regional co-operation with similar networks in other parts of the world and international organizations, such as IUCN.

The following organizations and individuals from China, DPR of Korea, Japan, Kazakhstan, Mongolia, Republic of Korea and Russian Federation are considered to be Members of EABRN: the UNESCO National Commissions and affiliated government and private sector agencies, MAB National Committees and affiliated government and private sector agencies; staff of East Asian Biosphere Reserves included in the World Network of Biosphere Reserves; and UNESCO staff of International Secretariat of the MAB Programme and the UNESCO Office in Beijing.

Others who are part of national biosphere reserve networks in East Asia, e.g. Chinese Biosphere Reserves Network (CBRN) and Japanese Biosphere Reserves Network (JBRN), may be invited by Members to participate in specific activities of EABRN; similarly representatives of other MAB Networks (e.g. SACAM, SeaBRnet, EuroMAB), UNESCO National Commissions, MAB National Committees and affiliated government and private sector agencies in Asia Pacific countries other than those belonging to EABRN, and international organizations (e.g. IUCN) may be invited to participate in the activities of EABRN.

The activities of the EABRN shall include the following:

(ii) Seminars and workshops:
Apart from the meetings mentioned under (i) above, EABRN Members may organize special scientific seminars and/or training workshops. While the frequency of the organization of such events shall depend upon available financial and other resources, training workshops shall be organized at least once every 3 years.

(iii) Exchange of specialists:
Scientists, administrators, managers and policy makers concerned with the implementation of the MAB Strategies and Action Plans in an EABRN country may visit other countries to share knowledge and experience; whenever possible, delegation(s) of EABRN countries may visit biosphere reserves in countries outside the network to exchange views regarding biosphere reserve management.

(iv) Dissemination and exchange of information:
EABRN Members will regularly exchange, either directly or through the services of the UNESCO Office in Beijing, and the MAB Secretariat in UNESCO, Paris, information on issues and problems through evolving electronic media as well as conventional instruments such as newsletters, brochures and technical and popular articles. EABRN in co-operation with UNESCO shall ensure that the proceedings of all meetings, seminars and workshops, convened as part of EABRN activities, shall be published and disseminated with minimum possible delay.

(v) Research co-operation:
Any EABRN Member may initiate bi- and multi-lateral co-operation for carrying out research on specific themes and issues of biosphere reserve management. In this regard, a Member may in consultation with other Members solicit co-operation with countries outside of the East Asian Region, as well as international organizations and donors.

(vii) Promotion and Fund-Raising:
Any EABRN Member, in consultation with other Members, may launch private or public sector campaigns to promote the work of EABRN and to generate funds for the activities of EABRN.

The core budget for the provision of the EABRN secretariat shall be derived from funds of UNESCO’s Regular Programme approved for the activities of EABRN by the General Conference by the UNESCO Office in Beijing with support from the UNESCO Office in Jakarta and the MAB Secretariat in UNESCO, Paris. Other UNESCO contributions to EABRN may be derived through the Director-General’s allocations for specific draft resolutions relevant to EABRN and approved by the General Conference, National and Regional Participation Programmes and specific proposals submitted to and approved by the International Coordinating Council and the Secretariat of the MAB Programme. [Revised on 9 October 2015]

To enable regular EABRN meetings, training workshops and other activities, any EABRN Member State may provide funds to support EABRN activities through funds-in-trust or voluntary contributions schemes of UNESCO, or directly to a recipient Member in another EABRN country(ies). EABRN Members, individually or jointly, may prepare projects for consideration for funding by regional and/or international donors as well as launch fund-raising campaigns to support EABRN’s activities. [Revised on 9 October 2015]

Any EABRN Member may provide support to activities in kind; e.g. an EABRN Member may agree to host and meet all local expenses of visitors from other EABRN Members if the latter (or other Members such as UNESCO) are meeting the costs of international travel of visitors; all such contributions in kind shall be acknowledged in publications resulting from the activity under consideration.

All funds administered by the UNESCO Office in Beijing shall be in accordance with the UNESCO-Manual Guidelines for managing a specific category (Regular Programme, funds-in-trust, etc.) of programme funds. Whenever a donor who is not a Member of EABRN agrees to provide financial assistance for EABRN activities, the procedures for the management of the said funds will be mutually agreed upon among EABRN Members, including UNESCO and the donor.

The EABRN shall receive guidance from a Steering Committee composed of the EABRN Focal Points from all EABRN Member countries, assisted by the EABRN Secretariat at the UNESCO Office in Beijing. The Chairperson and Vice-Chairperson(s) of the Committee shall be elected from among the focal points at the biennial EABRN meeting and shall serve until the opening of the next meeting of the network. [Inserted on 9 October 2015]

Any amendments to the text of the statutes of EABRN including those concerning the termination of the operations of EABRN shall come into effect only with the unanimous approval of all its Members.