1) Supporting the Kazakhstan nomination “Korgalzhyn BR” during the recognition process,

3) Establishing contacts with the MAB committees from other countries

The agenda of the session included a long list of issues prepared for consideration by the Council and allocated for 5 working days. The most important issue is the election, the applications and awards for young scientists.

The chairman of Kazakhstan National MAB Committee R.V. Jashenko was there as an observer at the nomination process of the MAB-ICC new president and five vice-presidents. By the common consent of ICC members – Mrs. Boshra Salem from Egypt was elected as a president, who was the chairman of all next meetings. The vice-presidents were elected by UNESCO (by consensus) - from 5 countries of each geographical region. For Kazakhstan, which is involved in 3 networks (EABRN, SACAM, EuroMAB) the election of candidates for these regions was an important point: Iran, Thailand and Belarus / Ukraine (2 years).

Discussion of nominations which were examined by the Advisory Committee in April 2012, took place in closed meetings of MAB-ICC Bureau. According to several members of the Bureau, the discussion of Kazakhstan nomination had not raised any additional questions and the bureau issued a positive decision on the BR Korgalzhyn on 9 July, on the first day of work. Later, on 11 July, our first nomination was unanimously approved by all 32 members of the MAB-ICC. During the submission of our application, committee noted the high quality of the materials prepared for the first Kazakhstan Biosphere Reserve. From more than 30 submitted applications, 20 nominations were approved, including several modified applications, and the rest were returned for revision or rejected. The most dramatic was the discussion of the application of South Korea on the reserve, proposed on adjacent lands in demilitarized zone along the 38th parallel between North and South Korea, where the indigenous zones were offered as a neutral 4-kilometer strip. North Korea has been strongly opposed to this suggestion, pointing to the political partisanship of the application and the impossibility of the development of tourism. One more problematic application was the nomination of Spain with a proposal to enable nuclear power plant in the transition zone of BR.

Two receptions were held in the framework of the session was arranged by the European MAB Committee (Austria and EuroMAB), which served as a platform for networking and discussion of current issues. During coffee breaks and receptions, there were conversations with the other regional coordinator Dr. Thomas Schaaf, Programme Director Dr. Ishvaran and head of EuroMAB Ms. Meriam Moubrani. The most meaningful was a conversation with Dr. Schaaf, who was informed about the plans of Kazakhstan, in 2012 Dr. Merriam Moubrani was sent a formal letter of acknowledgment of Kazakhstan's participation in the European MAB network. The Kazakh delegation was invited to the EuroMAB meeting which was held in the evening on 11 July.

During the session the memorandums of cooperation with the MAB National Committees of Russia, Belarus and Ukraine were signed. In addition, good working relationship with the committees of the MAB China and Germany, as well as Lithuania and Estonia was established.

The hard work of the Kazakhstan MAB National Committee on development and promotion of the application for recognition of the Korgalzhyn State Nature Reserve as a biosphere reserve was positively evaluated by international experts from UNESCO. This work was made possible through the efforts of academic scientists, government experts and environmental NGOs of Kazakhstan Korgalzhyn Reserve personnel and representatives of local authorities. Great help in the international recognition of Kazakhstan's reserve was provided by the National Commission of Kazakhstan for UNESCO and ISESCO, the Permanent Mission of the Republic of Kazakhstan to UNESCO, UNESCO Cluster Office in Almaty and the UNDP. 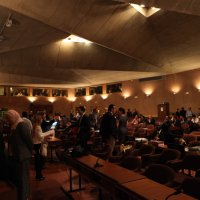 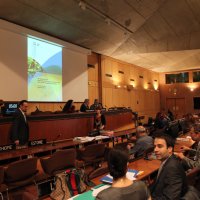 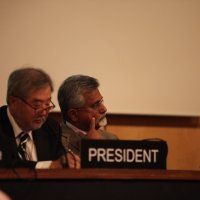 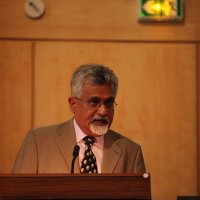 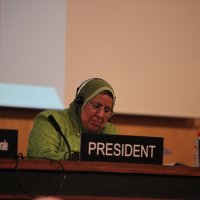 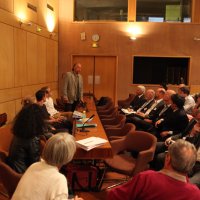 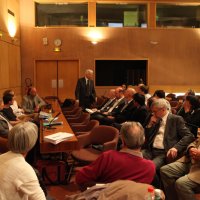 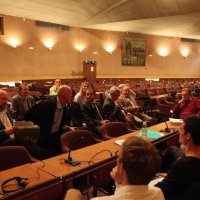 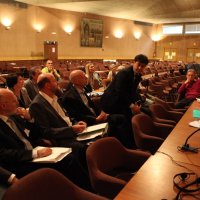