By the invitation of the Scientific Directorate of ISESCO, from 3 to 4 May 2012 in Rabat (Morocco) Jashenko R.V. (Chairman of the Kazakh National MAB Committee) participated in the regional conference "Global important world heritage agricultural systems in Islamic countries", which was prepared jointly by ISESCO and the Organization of the United Nations Food and Agriculture Organisation (FAO). In addition, on the morning of May 3 there was a ceremony of celebration of the 30th anniversary of ISESCO. Both events took place at the headquarters of ISESCO in Rabat.

A solemn meeting on the occasion of the 30th anniversary of ISESCO held in the hall of ISESCO Islamic Solidarity with the participation of delegations of the member states of ISESCO, the Moroccan government officials and numerous members of the press and television. After the traditional reading of the Qur'an, the Prime Minister of Morocco read out the welcome speech of King Mohammed VI and delivered a solemn speech on behalf of his Government. At the end of the ceremony a documentary film about the history and major historical events related to the activities of ISESCO was shown. There were a very enjoyable demonstration in the film some scenes of visit of the President of Kazakhstan, N.A. Nazarbayev in Morocco - a conversation with the King of Morocco, visiting the headquarters of ISESCO in Rabat and the time of signing the agreement on accession of Kazakhstan to ISESCO.

Second half of May 3rd and all day May 4th were dedicated to the work of the Conference of ISESCO and FAO. Participants of the meeting were experts from several countries of ISESCO (Morocco, Algeria, Tunisia, Libya, Egypt, Senegal, Benin, Iran, Pakistan) as well as representatives of the central (Rome) and regional (Rabat, Tunisia) FAO offices. Minister of Food Security and Research of Pakistan Mr. Moazzam Ali Khan Jatoi was elected as a Chairman of the meeting. The main objective of the conference was to bring together the efforts of ISESCO and FAO to promote the Muslim African-Asia initiative to establish a system of globally important agricultural heritage (GIAHS - Globally Important Agricultural Heritage System, http://www.fao.org/nr/giahs/en/ ). the FAO Dr. Parviz Koohafkan (FAO, Rome) made the main and summary reports on the program GIAHS director of land and water. After that, Dr. Mary De La Cruz (FAO, Rome) presented the selection criteria of agricultural areas. After the active participation of Kazakhstan delegate in the discussions of the first day and because of the importance of the participation of Kazakhstan in the program GIAHS Dr. Roman Jaschenko was suggested to make an unscheduled report on the potential of Kazakhstan's participation in the program, it was done in the next day. During his presentation and discussion Dr. Jashenko pointed to the conceptual proximity of the MAB program of UNESCO and the GIAHS, which are similar in their approach because transit zone in the Biosphere Reserve meets the criteria of GIAHS. Because of this, he offered to join efforts of the MAB and FAO also proposed GIAHS-ISESCO activities in our countries to carry out at the national level through the National Commission for UNESCO and ISESCO in each country.

A draft resolution covering all the above questions and make plans for further joint activities was worked out at the end of the conference after the interest of multilateral discussions on the structure of the program, joint work of FAO and ISESCO and the potential of the region to establish a system GIAHS it produced. Overall, the conference was fruitful and opens up the possibility of expanding cooperation among the member states of ISESCO within the framework of FAO.

The Conference working program in English is presented below.

Organized Jointly by ISESCO and FAO

Worldwide, specific agricultural systems and landscapes have been created, shaped and maintained by generations of farmers and herders based on diverse natural resources, using locally adapted management practices. Building on dynamic local knowledge and experience, these ingenious agricultural systems reflect the evolution of humanity and its profound harmony with nature. The patient work of generations of farmers around the world has also resulted in sites of outstanding aesthetic beauty, reservoirs of globally significant agricultural biodiversity and valuable cultural inheritance, and, above all, a magnificent source of goods and services, food and livelihoods security for millions of poor and small farmers.
These systems are merited as Globally Important Agricultural Heritage Systems. GIAHS represent a continuation of historic culture, traditions and knowledge that have evolved over the centuries. These cultures, settlements, landscapes and habitats have suffered dramatically in the wake of industrial and agricultural revolutions and advances in science, technology, commerce and communications in the nineteenth and twentieth century and recently from the impact of environment degradation  however, they are still surviving as flag bearers of unique and diverse culture, traditions and remarkable landscapes around the world. The conservation and revitalization of these agri-culture systems is in time and also crucial to find answers to the most current and future global development challenges, such as rural poverty, exodus towards megalopolis, exclusion of local economies from international markets, depletion of natural resources and the vertiginous loss of biodiversity.

Against this background, in 2002, during the World Summit on Sustainable Development (WSSD, Johannesburg, South Africa), the Food and Agriculture Organization (FAO) of the United Nations launched a Global Partnership initiative on Conservation and Adaptive Management of Globally Important Agricultural Heritage Systems (GIAHS). The overall goal of the partnership is to identify and safeguard Globally Important Agricultural Heritage Systems and their associated landscapes, agricultural biodiversity and knowledge systems through catalyzing and establishing a long –term programme to support such systems and enhance global, national and local benefits derived through their dynamic conservation, sustainable management and enhanced viability.

Of great importance and relevance to GIAHS Initiative is the Islamic Educational, Scientific and Cultural Organization (ISESCO), which under its main objectives in the field of education, sciences, culture and communication devotes attention to sustainable argriculture as an important aspect of sustainable production, preserving agrobiodiversity and heritage. New technologies and practices in agriculture specially biotechnologies are promoted  to enhance yield production. ISESCO also pays attention to the food and agriculture sectors  which are in line with the efforts to address hunger problem and poverty alleviation,as agriculture, forestry and fishies provide nutritious food for all and generate decent income while supporting people centered rural development and protection of environment.

Within this context, FAO and ISESCO has initiated a Partnership Collaboration through a Memorandum of Understanding (MOU)signed between the two organsaitions in November 2011. This partnership is expected to promote the development of agriculture, forestry and fishing as aspects related to science, technology, knowledge and expertise, cultures and assets related thereto, in Islamic countries.

The FAO-ISESCO partnership acollaboration on GIAHS will be launched from 03 to 04 May 2012, during the ISESCO’s 30th  founding anniversary meeting in  Rabat, Morocco.

The ISESCO-FAO Collaborative Forum on Globally Important Agricultural Heritage Systems aims primarily to introduce the GIAHS Initiative in Islamic Countries and to facilitate understanding of the significance of culture and agriculture in sustainable development between and among Islamic Countries.
Specifically, the launching will focus on the following objectives:

The Forum will gather representatives from the Islamic member states, selected international organizations, universities and the scientific community, and some representatives of local communities’, donors’ community and FAO staff to discuss strategies for mainstreaming the ‘Agriculture Heritage’ concept at local, national and international levels. 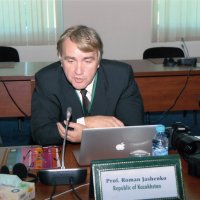 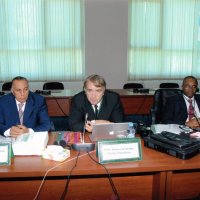 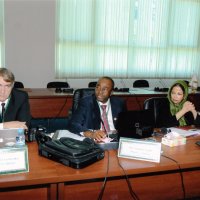